The film by Milcho Manchevski “Willow” won the best film award in the Directors’ Week program of the Fantasporto Film Festival in Porto, Portugal, one of the top 20 in the world. The award is called “Manuel de Oliveira”, after the legendary Portuguese director.

Receiving the award on stage in Porto, Manchevski dedicated it to Willow’s executive producer Nick Powell, the British production legend who died last November, a week after the world premiere of the film.

-„ “Beautiful award in a beautiful city. I’m glad Willow finds the way to the heart of viewers in many countries. “, Manchevski says.

This is the third time Manchevski has been awarded the Fantasorto Laureate: in 2016 he received a Career Award with a retrospective of his films, and in 2017 Bikini Moon won the Special Jury Prize in the same Directors’ Week program.

Last week “Willow” was shown at the main competition for awards at FEST in Belgrade, followed by huge public interest. With a long applause and standing ovations, the screening of the film was attended by director Milcho Manchevski and the main actors Sara Klimoska, Natalija Teodosieva, Nikola Risteski and Kamka Tocinoski.

In May, “Vrba” will play in the regular cinema repertoire in Serbia.

Willow, Macedonia’s most-watched film, will also have its US premiere this month after Fantasporto, at the Cinecast Festival Awards in San Jose and Redwood City, California (March 3-15), one of the oldest and most renowned festivals in the country. The United States, followed by festivals in Sofia and Istanbul.

Last month, “Willow” premiered in New Zealand and received the Best Film Award at the chamber festival for independent films in Wellington. 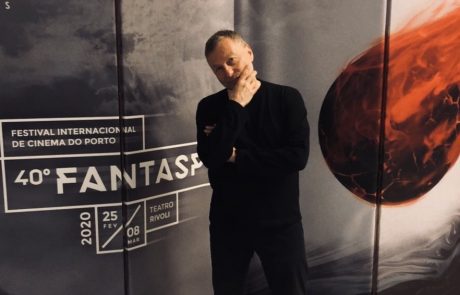